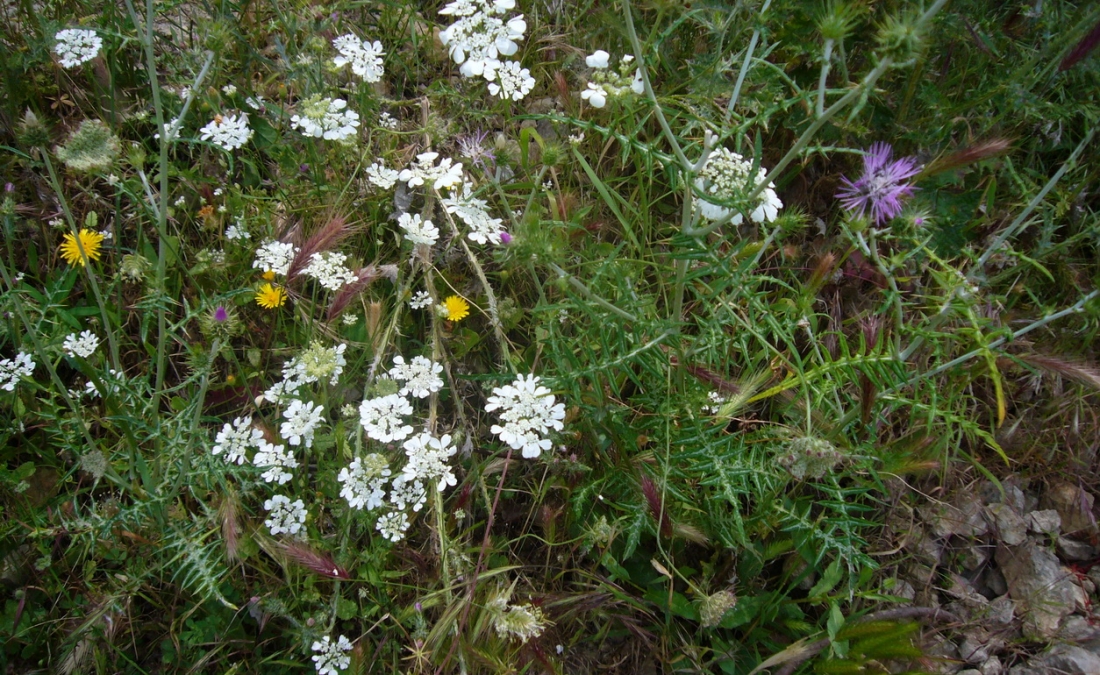 Modern everyday life sprints ahead, technology’s holding the steering wheel, people distance themselves from nature, industrialized foods and ingredients await stacked on supermarket shelves… In recent years however, there’s a lot of talk and a growing interest about the notorious Mediterranean diet, as more and more studies showcase its superiority in comparison to other nutritional models.

Edible weeds grow almost everywhere in Greece. Even a few miles outside of the main cities, it is possible to find suitable areas to gather wild weeds, and that is a true blessing. All the more so when, according to studies, the good health of the Mediterranean people, and especially Cretans, is partially attributed to the consumption of wild greens. Wild weeds or cabbages are rich in nutrients and absolutely necessary for our bodies, since they contain lots of fiber, helping our intestines function smoothly, zero fats and very few calories. Systematic wild greens consumption also appears to limit the risk of developing cardiovascular diseases. Their main nutritional advantage is their strong antioxidant content, mainly flavonoid and carotenoid, which is responsible for their bitter taste. This bitterness is a natural, dissuasive defense mechanism against herbivorous animals, but very ‘sweet’ for human health, as shown by multiannual research programs. Mountain greens and herbs are used in salads or pies, always combined with olive oil, cheese, or other fats, which maximize the beneficial impact for the human body and are the secret to the longevity of those that eat them regularly.

A sharp knife and a bag is all it takes to gather them. The best time to collect weeds is in the afternoon, so as to take full advantage of all the nutrients they produced during the day, before they get stored in the plant’s roots. It is recommended to gather them from uncultivated areas, away from cars and pollution. Ovine and caprine animal passages should also be avoided, since there is a danger of echinococcus infection. Use the knife to only cut the leaves and shoots, allowing the plant to sprout again in the future – never uproot it. We just gather enough for a couple of days, they cannot be kept for longer anyway, either raw or boiled. There’s no point in wasting nature’s resources by having more than we will be able to eat.

The rule is that in order to keep their nutrients intact as much as possible, greens, vegetables and fruits should be consumed raw. Just consider the fact that boiling them for four minutes destroys 75% of their vitamins!

Most weeds are bitter, hence we boil them and add lots of lemon juice. It goes well with most of them and enhances the vitamins within.

Let’s begin getting to know some of the most known and loved weeds in Greece, starting with wild chicory, with its characteristic bitter taste!

Rich in vitamins and minerals, they boost our bodies and protect us from cardiovascular diseases.

Galen, a famous physician of the Greco-Roman times, called chicory ‘the liver’s friend’, a theory that is confirmed by modern clinical trials.

The same is true for sow thistle, a very common weed in Greece which can be found pretty much everywhere, in cultivated and uncultivated areas alike. It is collected during the winter months and makes for a wonderful meal starter.

According to Greek mythology, king Theseus, before facing the mythical creature Minotaur, asked for a plate of sow thistle!

Up next, a peculiar and misunderstood weed, nettle. It grows during October’s first rains and remains tender until the month of April. We have all associated it with the acute itching we feel when coming in contact with the plant, but, for those who are well-informed, there is an available natural antidote to soothe the itching, mallow leaves. We mostly gather the plant’s tender tops, during the winter months but also in early spring. According to historical sources, Hippocrates used nettle to treat many diseases, most notably skin damage caused by animal bites. In Greece, nettle pies and nettle soups saved many people’s lives during the World War II German Occupation! Nowadays, there’s talk about its anticancer and antioxidant properties.

Taraxacum or dandelion is another particularly reputable plant. It grows abundantly in Greek uncultivated fields, along roadsides or stuffed between rocks. Dandelion is rich in vitamin B and C. Its content in vitamin A appears to be four times that of the common lettuce, while it contains significant amounts of potassium.

Another summery salad green with exceptional refreshing properties is purslane or pursley, which grows naturally but can also be cultivated. In ancient times it had medicinal uses, and the juice from its leaves was particularly popular. Due to its high potassium concentration it works as a natural diuretic, reduces high blood pressure and contributes to the proper functioning of the heart.

In recent years, the high-priced Cretan wild green stamnagathi has been put into circulation in the farmers’ markets… Many spoke about its antioxidant value, and now this thorny bush, which grows freely near coasts, has become an alternative farming prospect with export potential! Its name goes back to an old Cretan habit, covering water jugs (stamni) with thorny (agathi) bushes to keep bugs from getting in the water. It supposedly has boosting and diuretic properties. The Egyptians used it to alleviate stomach pains, while Greek physician and botanist Dioscorides used it to treat ulcers, whilst also recognizing its anti-microbial effects.

One more classic green of Greek cuisine, rightfully viewed as such, is sinapis. In ancient times, sinapis was an excellent medicine for the stomach, and an antioxidant beverage on top of that. Its tender shoots, gathered in the springtime, are considered to be the tastiest parts, but those who don’t know how to recognize the plant, mistake it for other mustard greens.

Lastly, sorrel, Mediterranean hartwort and chervil, which are found practically everywhere in the Greek countryside, are an integral part of any respectable green pie.

These are only some of Greece’s wild greens, with their innumerable health benefits, characteristic of traditional Greek nutrition and an enriching addition to the Mediterranean diet.

What I would like you to take away from all this, is the desire to pursue the physical and psychotherapeutic exercise that consists of taking a knife and a bag, getting lost in the mountainsides and the fields, one fine spring afternoon. Seek, find, choose, and learn; just like that, you get to follow in nature’s footsteps! 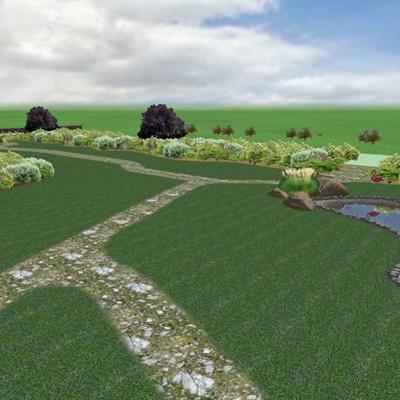 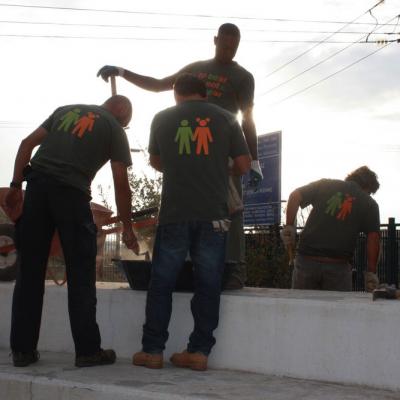 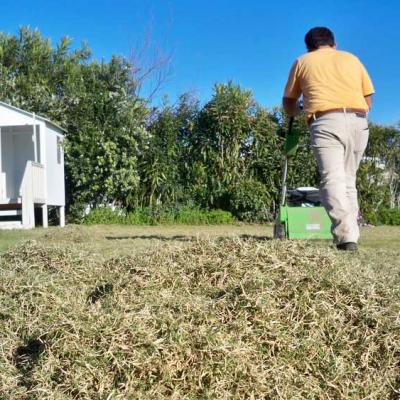 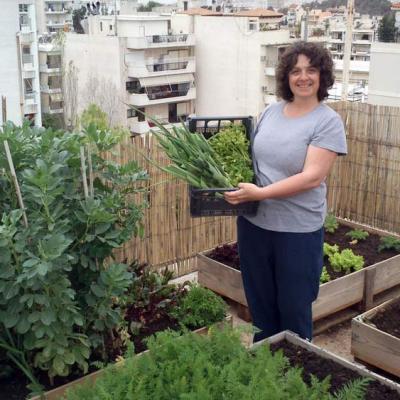 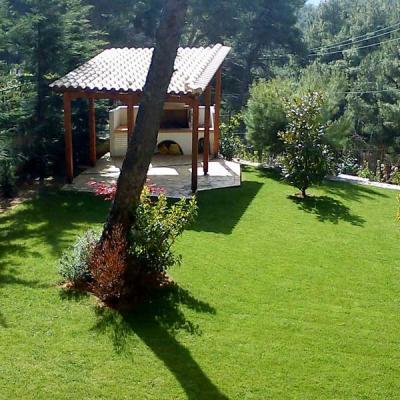 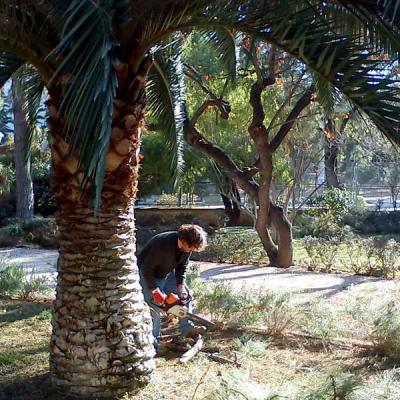 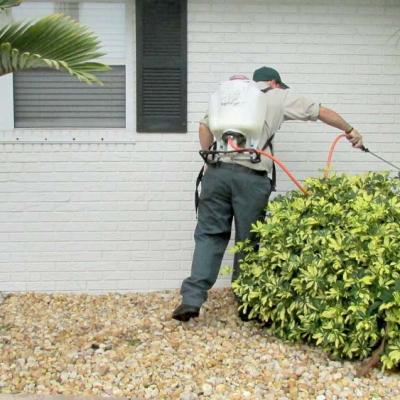 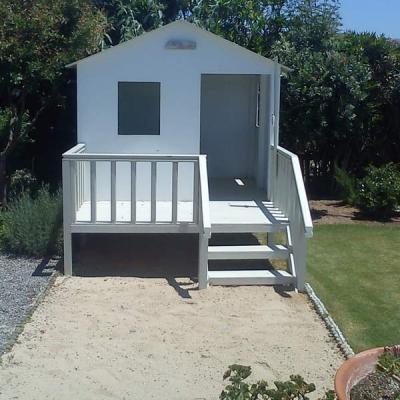 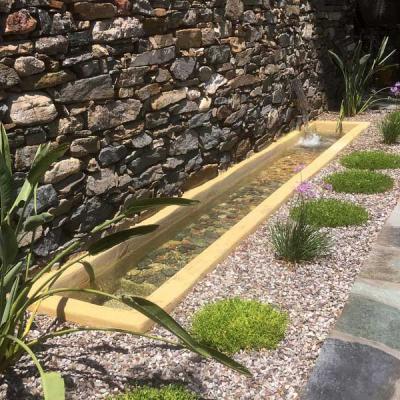